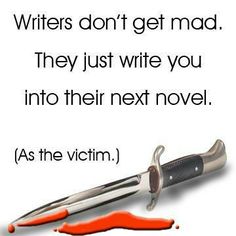 I’ll Write About You

One of the concerns expressed by family, friends and even acquaintances since I began to write actively is that I would write about them, especially if they did something wrong or out of character. I have had it said to me as a joke and sometimes in a more serious tone. And many times, I would laugh it off and simply tell them to relax and not be afraid to be themselves around me. A couple of times, I have written stuff about my general observations of happenings around me only to be subtly accused of referring to a particular person who coincidentally bears some form of resemblance to a character or issue I addressed.